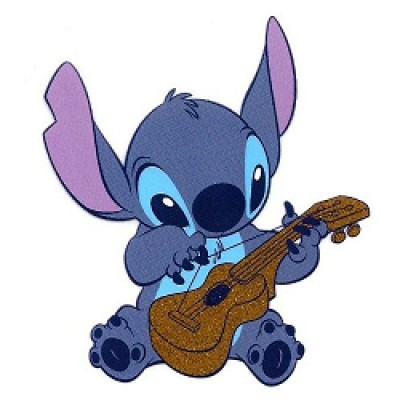 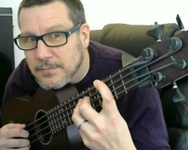 
A relative late-comer to music, I didn't pick up an instrument until I was 19, having been persuaded by a particularly poor music teacher that I had no musical talent at all. I figured that I might be a drummer since that didn't need any ability with 'notes' but there was no way the parents would agree to a drumkit in the house. Eventually I bought a banana-necked SD Curlee from a friend on the basis that surely even I could hit the kind of 8th note root lines I was seeing in the local pubs! Anyway, I soon learnt there was a bit more to it than that....

I played in various unknown rock/pop bands around London then moved to Canada: 4 years in the musical wasteland of Calgary although I ended up playing reggae bass with a couple of guys from the island of Nevis (hello, Ibo and Wongo in the unlikely event you're ever reading this!). Mostly me trying to hear the difference between a muffled G and low F# through the haze of smoke but thinking it sounded cool anyway even though I was probably nowhere near the right key.

Next stop Vancouver, where I join up with a talented bunch called the 'Clangers'. (The name was my suggestion but Canadians were a bit mystified by the existence of small knitwear creatures on the moon.) I like to remember we made some good music but all evidence has been lost to me. On other nights of the week I was also playing, or at least trying to keep up with, with a bunch of jazz musicians. And let's not forget the 9 piece Ska band. That was probably the most fun of all - it was guaranteed that the dance-floor would be full within 4 bars of the first song starting and I love to see people dance. (Even though I should, under no circumstances, be allowed onto the dance floor myself!)

With the birth of my first daughter, it was time to 'grow up', so back to England and the bass got put away for a long, long time. It came back out a few years ago though I'd really been wondering if it was worth carrying on playing until I came across Wikiloops. I had a tentative foray then backed off for almost a year - there seemed to be so many excellent recordings and someone always seemed to have already created a great remix on the tracks I liked.

Anyway, I finally decided to get more serious about recording, and put aside my hang-ups about having to put down the 'perfect' part. Obviously it's always nice to get good feedback but part of the fun is in the process of coming up with the lines and the sounds.

I've played a succession of basses over the years - headless, 6 string, 5 string, even went fretless for about four of them but eventually I came back to a 4 string Spector as my main instrument.

Influences....I have a few. To be honest, it's very unusual for me to hear a bassline and NOT wish that I had thought of playing that. There's something very pure about even simple pop lines - it can be all about the tone and the placement of the notes. If I had to pick a few 'name' players, the ones I'd probably go for would be Pino Palladino, Tony Levin and Paul Webb (Talk Talk). To this day, "It's my Life" remains one of my favourite basslines ever. I've never consciously thought of it but I fear that much of my playing is an attempt to emulate it. :-)

I like all sorts of music (but don't we all?) though I'm probably most drawn to stuff with a strong groove. In case you were wondering the 'Enth' in the user name is meant to be "Enthusiast" - it was just truncated during the registration process!

wikiloops online jamsessions are brought to you with friendly support by:
Marceys from Netherlands

"Making music on WikiLoops is what binds us all! Thanks for the great rides all! "